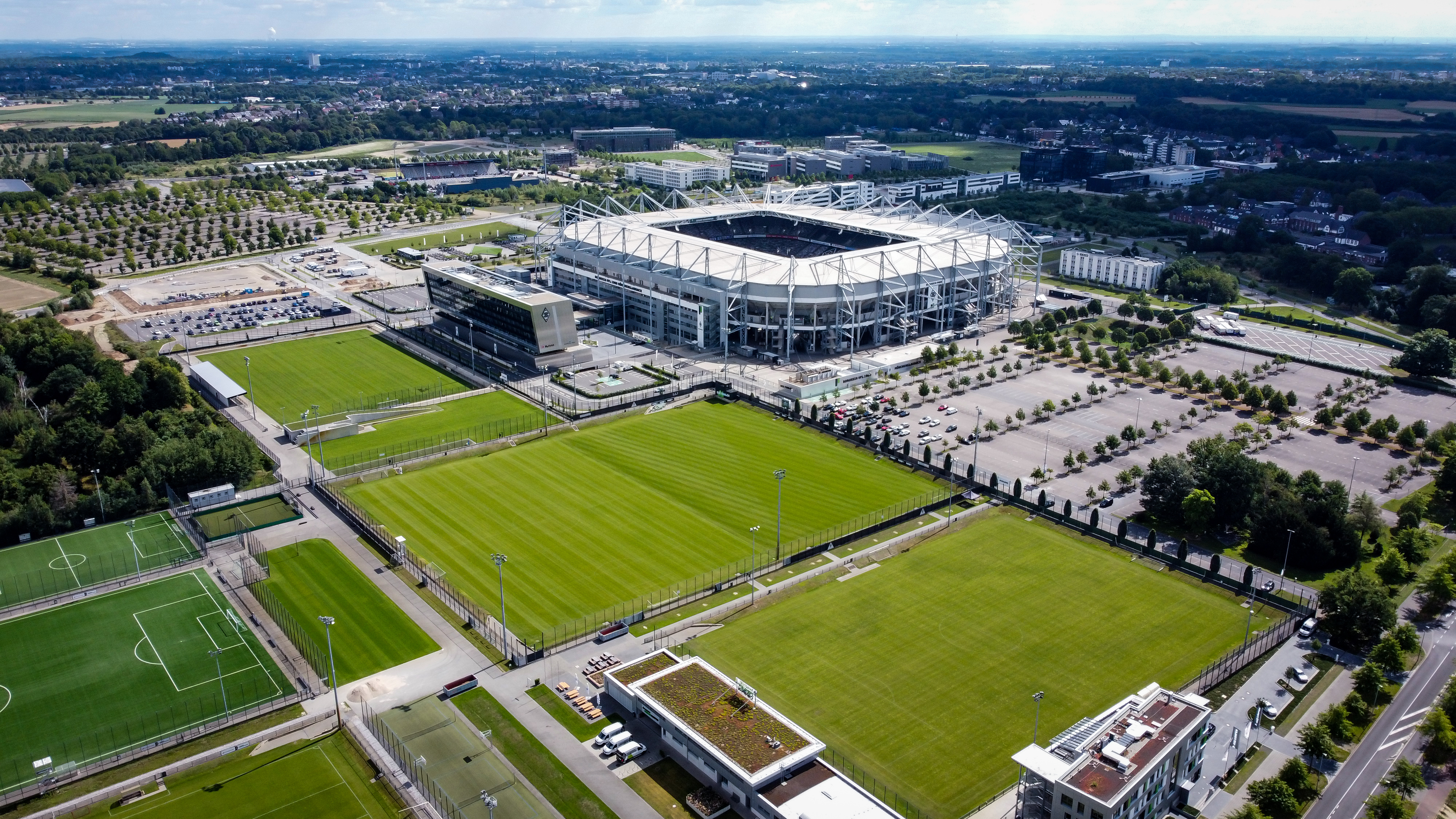 Coming from the Mönchengladbach motorway junction, take the A61 towards Koblenz until the Nordpark exit. Visitors coming from the opposite direction should also leave the motorway at the Nordpark exit. Continue on the B230 parkway in the direction of Nordpark - the way to BORUSSIA-PARK is signposted. The road to Nordpark is the most direct route to car parks P4 to P7 in the immediate vicinity of the stadium.

There are 1,000 bicycle parking spaces directly outside the stadium. These are located in the middle of the east stand and at car park P4, close to the stadium.

On non-matchdays, car parks P1 to P12 in the vicinity of the stadium are available to visitors. For the most direct route, take the Holt junction off the A61, continue to Aachener Straße / Gladbacher Straße and then turn right into Am Borussiapark Street to car park P1.

The new shuttle buses only run to BORUSSIA-PARK on home matchdays.

The bus line 017 runs to BORUSSIA-PARK on non-matchdays. The bus line 017 departs every 20 minutes from Am Borussiapark and Nordpark Busbahnhof bus stops. Both stations are within walking distance of the stadium. Detailed information about the bus schedule can be found here.