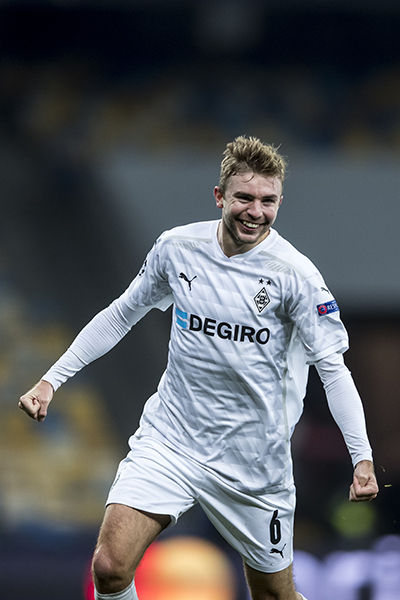 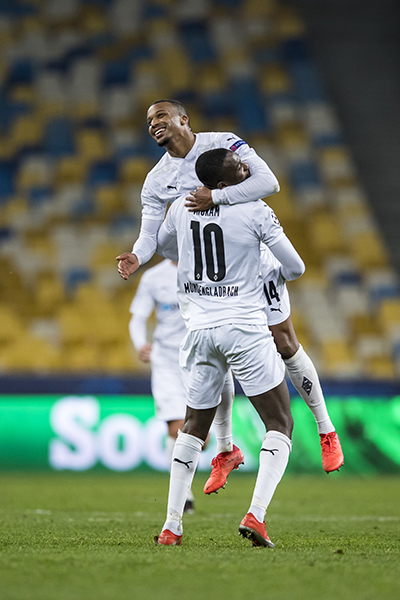 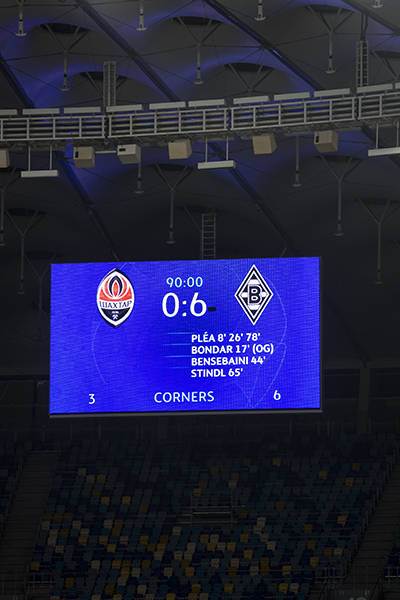 Borussia romp to 6-0 win at Shakhtar

After opening with two draws, the Foals got their first win of the UEFA Champions League group stage on Tuesday evening. Marco Rose’s side demonstrated ruthlessness in front of goal in an historic 6-0 victory away at Shakhtar Donetsk, with Alassane Plea bagging a hat-trick.

Borussia were on top from the very first minute in an empty Olympic Stadium in Kyiv, moving the ball around slickly as they looked to carve open the Shakhtar defence. It took just eight minutes for the first opportunity to arise and Alassane Plea picked out the bottom corner with his first-time finish from Stefan Lainer’s cross. The lead was doubled less than ten minutes later thanks to Christoph Kramer’s deflected shot and the Foals didn’t let up, adding a third before the half-hour mark with a sumptuous rocket from Plea. The Ukrainian hosts simply couldn’t deal with the swarming Foals and there were more chances for Hofmann and Stindl to add more goals before the break that this time went begging. It would be 4-0 at half time though, with Ramy Bensebaini squeezing home a corner kick just before the whistle.

The interval didn’t disrupt Gladbach’s flow and the one-way traffic continued into the second half. Dodo almost scored an own goal from Hofmann’s ball across the face, and Trubin had to save well after Marcus Thuram headed the resulting corner on target. Goal number five did then arrive in the 65th minute. Hofmann picked off a poor goal kick and quickly moved it forward to Plea, whose delightful flick-on was buried by Lars Stindl. Florian Neuhaus almost made it six moments later, but his volley lacked the power to beat Trubin. Plea wouldn’t be denied by the Shakhtar goalkeeper when his hat-trick opportunity came though, finishing calmly after a perfectly-timed through ball from Thuram to wrap up a remarkable 6-0 away win that moves Borussia top of Group B.

Fans can now vote for their 2021/22 Player of the Season, presented by Cichon Personalmanagement, on the FohlenApp. Yann Sommer, Jonas Hofmann, Alassane Plea, Breel Embolo and Manu Koné are the nominees.

Borussia’s captain, Lars Stindl, is now 10th on the club’s all-time top goalscorer charts after finding the net against TSG Hoffenheim (5-1) on the final matchday.

Five players left the club on loan last season. We take a look back at how Hannes Wolf, Rocco Reitz, Moritz Nicolas, Torben Müsel and Andreas Poulsen got on.